Last week the government announced that it will cut the income support of approximately 410 refugees and asylum seekers living in the Australian community and provide them with 3 weeks to leave Government-supported accommodation under a ‘Final Departure Bridging E Visa.’ The announcement is targeted at people who were transferred from Manus Island and Nauru for urgent medical care and have since remained in Australia following the #LetThemStay campaign in early 2016. On the Monday following the announcement, 65 people had already had their income support cut and have been told that they have 3 weeks to leave their homes.

As Academics for Refugees, we strongly condemn this cruel and calculated attack on refugees and asylum seekers living in our communities. This policy is a cynical attempt to coerce people to return to Manus Island and Nauru or to places where they fear persecution. It not only denies people their right to seek asylum but will leave many of them destitute and vulnerable. The visa also denies those aged over 18 the right study in Australia, which means children in schools could be forced to leave once they turn 18.

This announcement is the latest in a series of draconian and deliberate moves against asylum seekers living in the Australian community. It demonstrates the Government’s absolute disregard for the health, safety and rights of asylum seekers. This is particularly concerning given that many of the people affected by the announcement were transferred to Australia to receive specialist medical treatment, and in many cases, continue to require ongoing treatment. It once again reflects this Government’s willingness to promote an anti-refugee politics irrespective of the human effects.

The Government is attempting to force people to return to unsafe and intolerable conditions on Nauru and Manus Island where there is no genuine prospect of resettlement, or to their countries of origin where they fear persecution. For many affected people, the conditions were the very reason why people were transferred to Australia in the first place. The Australian Government itself has acknowledged that these offshore camps are dead ends. Last year they announced that some refugees may be resettled in the US, but almost a year later, not one person has been settled in safety.

A range of recent academic studies (see here and here) have shown the harmful effects of successive Australian government policies towards asylum seekers living in the Australian community, including causing and exacerbating social exclusions and mental distress for people seeking asylum.  We thus reject policies that place people seeking asylum and refugees in situations of prolonged legal precarity, physical and mental harm, or social exclusion and economic vulnerability.

HOW TO TAKE ACTION:

Media can also email sara.dehm [ at ] uts.edu.au for mobile contact details over the above spokespersons.

Join the Academics for Refugee campaign:

If you are an academic of university-based staff, please get in touch with us if you wish to contribute towards the next Academics for Refugees campaign in support of the #LetThemStay and #BringThemHere campaigns and if you would be willing to talk to media about any of your research that may be relevant to this latest announcement. 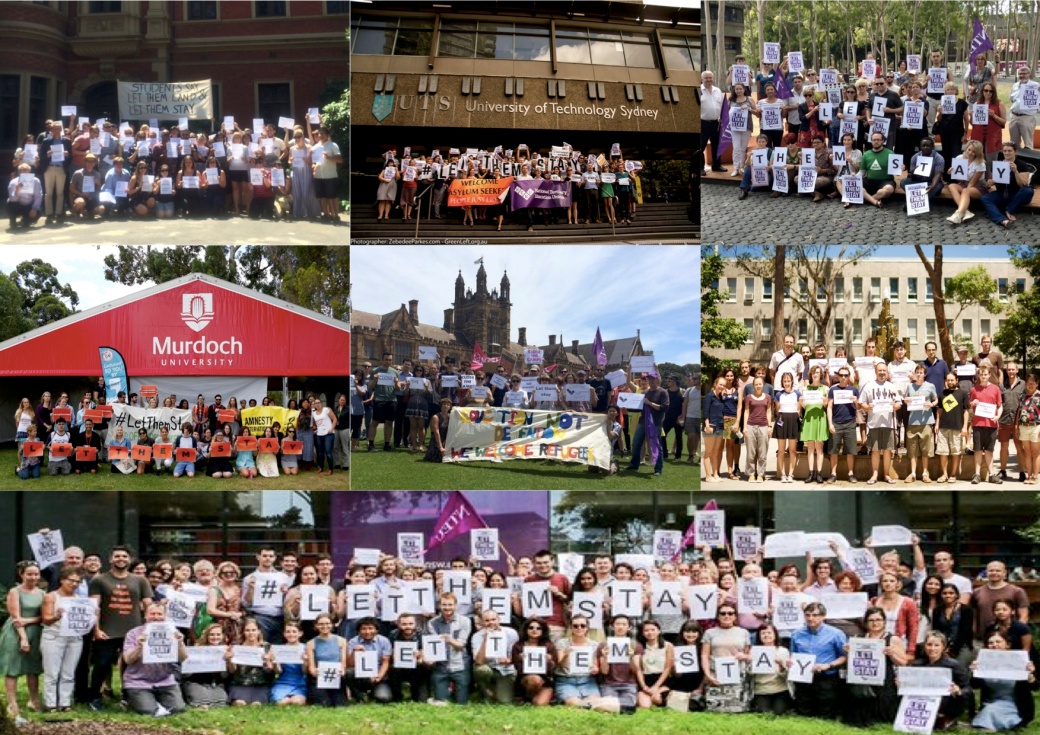